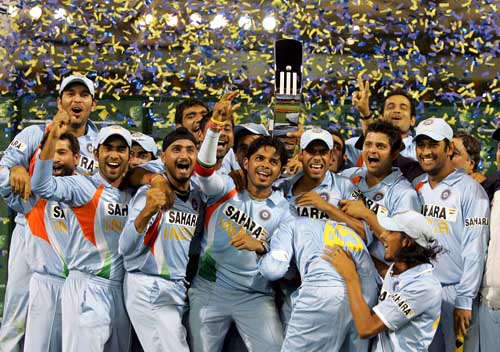 I always believed, that a true champion is one who can beat the opposition on their ground and in the front of their own fans. Very often, the Indian cricket team has been branded a tiger at home but not abroad. Its time to change the script. India are the 20-20 world champions and now they beat Australia in Australia to lift the Commonwealth Bank trophy. 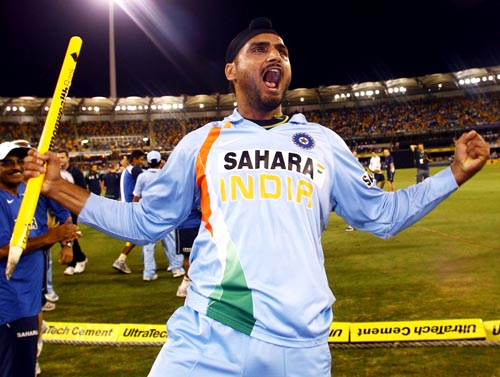 As for all the naysayers and the critics of the Indian team (including the Aussie media), they can go eat some shit. As for the fatso called Hayden, he can stuff his backside with lots of weed on which he thrives. Michael Clark who played rugby with Tendulkar on the cricket pitch was downright pathetic. Anyway, no one expects anything civilised from the Aussie cricket team. Just shows how low the Aussie team can go to win a match. They might be champions, but never role models for any team or youngster to emulate. 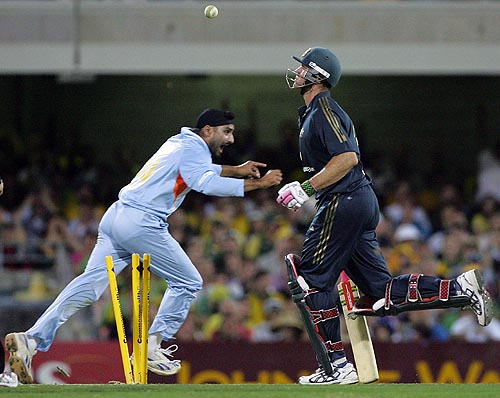 I loved the way the Indian team rubbed the Aussie noses into the ground. Victory was never sweeter. The look on (P)ricky’s face was worth a watch. Unfortunately the fatso Hayden was nowhere to be seen. Not that anyone wants to see that ‘pukeworthy’ face. Maybe he had already started to smoke some weed. 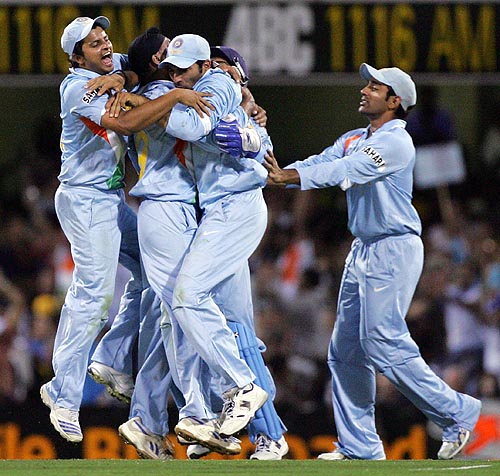 I just cant wait for the IPL to start. What an opportunity to sledge now. Tonight, i will sleep in peace. Amen.