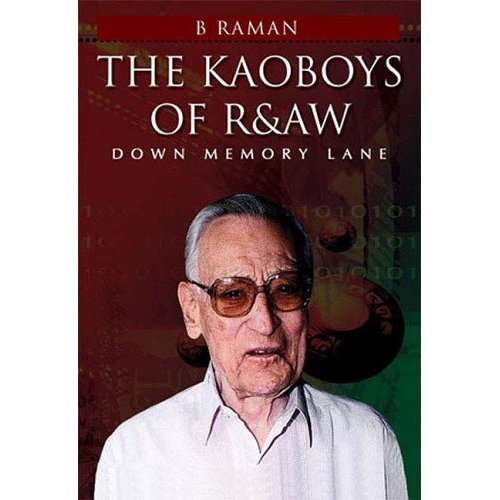 A fascinating read about the evolution and journey of the ultra secretive Indian spy agency, Research and Analysis Wing (RAW) by a former intelligence officer of the organisation, B Raman.  The book tracks the birth  and the baby steps of the spy organisation under its founder father, Rameshwar Nath Kao.  So famous was the former spymaster and officers in it that the spies working in RAW were fondly called KAOboys (as in, the boys of Kao).

A detailed writeup of the book once i finish it.