The board of ICICI Bank, the country’s second-largest lender, will take a final call on appointing a successor to K V Kamath, its present managing director and chief executive officer, next month.

The bank’s joint managing director and CFO Chanda Kochhar and ICICI Prudential Life Insurance CEO Shikha Sharma are said to be the front runners. In addition, ICICI Bank will also take a call on Kamath’s role at a time when the global credit crisis has impacted banks globally. Kamath’s term as MD and CEO is scheduled to end in April, 2009.

When contacted, an ICICI Bank spokesperson said he would not like to comment on speculation since the board has yet to take a decision on the matter. Sources familiar with the developments said Kamath could be appointed the non-executive chairman — a role being performed by his mentor Narayan Vaghul, who is scheduled to step down once his term ends in March. Vaghul has been with the ICICI group for 24 years. The other option is to appoint Kamath executive chairman for a few years and then find a real successor.

Kochhar is already managing the bank’s day-to-day affairs and is seen as the front runner to succeed Kamath, especially after Nachiket Mor, former deputy managing director, moved to ICICI Foundation. Shikha Sharma could, however, be the dark horse. The other contenders for the job included executive directors V Vaidyanathan, Sonjoy Chatterjee and Madhabi Puri-Buch. 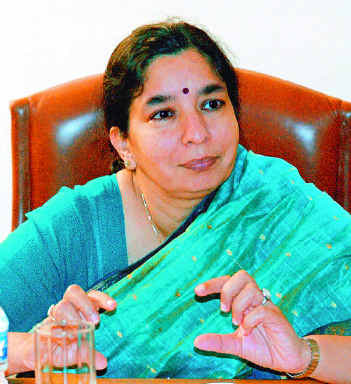 The bank has decided to adopt a detailed process to find Kamath’s successor, which included help from external consultants and feedback from ICICI Bank employees.

Kamath, who was picked by Vaghul to head ICICI Bank in 1996, has successfully transformed the project finance entity into a retail finance powerhouse. He has a degree in mechanical engineering and a master’s degree in business administration from the Indian Institute of Management, Ahmedabad. He started his career in 1971 at ICICI.

In recent months, ICICI Bank has gone slow on lending, especially in the retail segment, which until a few years ago was its mainstay. Its fund mobilisation strategy, too, has changed with a larger focus on low-cost retail deposits as opposed to an aggressive presence in the high-cost bulk deposit market.