According to a newspaper editorial in a Pakistani newspaper, the Taliban has taken control of the SWAT valley(also known as the Switzerland of Pakistan for its natural beauty).  There has been total loss of government and Army control in the place. 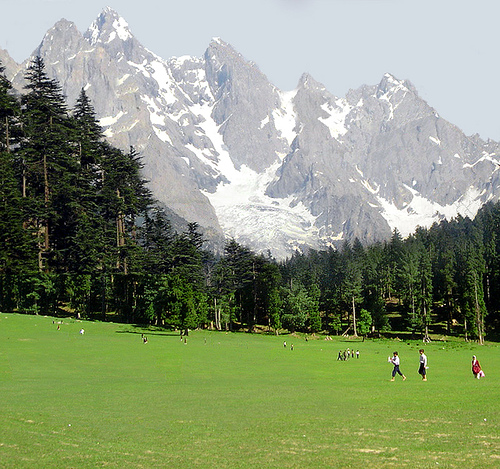 There has been no official announcement, no victory parades or televised addresses by the victorious party, no cheering crowds welcoming the liberators – but Swat, to all intents and purposes, has fallen to the Taliban. It is the announcement that all girls education in the valley will cease from January 15 that is the tipping point. All schools that teach girls have been ordered by the Taliban to close by that date or face the inevitable consequences – being blown up being the most usual of these. They have already blown up well over a hundred girls schools, principally those operated by the government, but have moved in recent weeks to blowing up private institutions as well. Female education has virtually ceased anyway, and the Taliban announcement merely puts the seal on what is a manifest reality – the government has lost the battle for Swat and the Taliban have won. They operate at will, go where they like, issue orders and proclamations that a terrified public are unable to ignore and broadcast their message of obscurantism on the radio for all to hear – and obey.

Could the government – either of Musharraf or the present rudderless, drifting Marie Celeste – have done anything to stop this? Yes, and in all likelihood they decided not to. The notion that somehow the militants are our ‘allies’ runs as a strong and deep current through elements of the army and intelligence services, the bureaucracy and the politicians themselves. There are powerful forces that provide tacit if not overt support to them, forces which would like to see the Taliban triumphant in the rest of Pakistan and not just Swat. The caliphate of Swat is becoming a reality before our eyes. Where next?