The whole concept of birthday and independence day is much appreciated and cherished only by countries that have at some point of time in their history be colonized by various other countries. For countries that have colonized others but not been occupied themselves like the French or British or Spain etc have never experienced being colonized by a foreign power.  So the feeling of being free has been there for them always.  Or should we say that they don’t really have the feeling of freedom considering the fact that they were never colonized.

Only a blind person will really appreciate the gift of sight.  For someone who was born with perfect eyesight will take it as just another facet of his life. 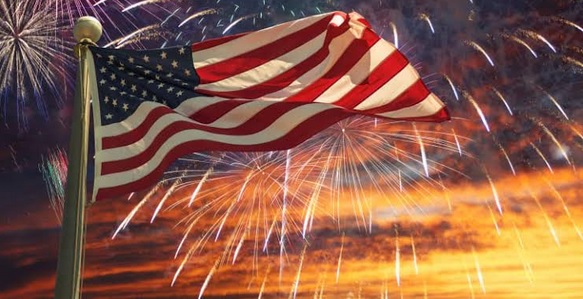 Countries like America have been celebrating their independence day for more than a 230 years now.  America declared its independence on the 4th of July 1776.  For more than 2 centuries, the American people have had the honour of being free. The day is commonly known as the Fourth of July and is a federal holiday in the United States.  That day, the United States adopted the Declaration of Independence and declared independence from the Great Britain.  It’s a national holiday and is marked with festivities, carnivals, fairs, fireworks, parades etc.

Another major country to get its Independence from the Kingdom of Great Britain was India.  The independence of India was a major turning point in the colonial history of the British Kingdom. The British came to India as the East India Company for trading in spices and other goods.  They slowly through money and military power captured various small kingdoms that used to make up the sub-continent of India. The British ruled India for over 200 odd years.  India finally got its independence from the British on the 15th of August 1947.  India recently celebrated its 66th Independence Day in 2012.

The 15th august independence day is generally celebrated with parades, speeches by political party leaders, celebrations across the country.

So, the august 15th independence day is an important event in the calendar for all Indians. It’s a public holiday and most of the people are known to either rest and relax at home or go for various flag hoisting ceremonies held at either community places or in schools, colleges and religious places.

Free E Cards are another popular way of wishing friends.  In the earlier days, much before the internet became prevalent, people used to send each other physical greeting cards. They were sent through snail mail.  It took days to reach and people really expected greeting cards from their friends and loved ones.  In these days of instant communication people send text messages to friends through their cellphones.  Text messages to friends are also sent from social media sites like Facebook, Twitter etc.

Today E cards are the norm and Free E Cards have totally revolutionized the way people wish each other the world over.  All you have to do is to go to the internet and lookup a Free E card website, select a card, key in your friend’s email id and send it across.  No matter if your friend is on the other side of the globe, the Free E card reaches him/her in a matter of minutes.

You can also personalize the Free E Cards.  This means that the card doesn’t look impersonal.  You can change the characters, wordings and sometimes even the graphics to make it a personal wish from you to your friend.

Kids these days are vocal about celebrating their birthdays.  The parents have no say in the way they are celebrated and kids insist on having the celebrations in a grand manner.  The kids want their happy birthday wishes told to them in a grand manner among their friends and family.  If possible, they insist that the happy birthday wishes are sung for them by their friends and family.

For all of them who cant make it to the kids birthdays in person and need to wish them can do so using the online Free E cards websites.

Grown ups too are not behind in celebrating their birthdays.  People celebrate their birthdays either at home or at a hotel where the food and other décor are taken care of by the hotel itself.  All you need to do is to present yourself there and enjoy the proceedings.  The employees of the hotel itself do all the hard work.

Sending Birthday SMS is a popular way of wishing your friends in these day when there is so less of free time.  Most of the people are busy and find no time to socialize and when they are invited to a birthday party, they would like to make do with a Birthday SMS to the host who is celebrating.

Even if you can make it to the party, the people would generally wish the birthday person using a birthday SMS sometimes when the clock strikes midnight or sometimes early in the morning.

Wishing the person birthday greetings on their birthday is something that might not be possible due to various reasons.  One might be indisposed or ill or might be traveling to a remote location where communication is difficult. Its in this instance that people wish belated birthday greetings to their friends.

In the earlier days, belated birthday greetings were not a norm, today they have become a fashion. Its all to do with the day to day life of people which has become busier. As people are immersed in their daily work and other personal tensions, they hardly find time to remember the birthday of their friends and also sending them cards are a chore or are simply forgotten.