India gained its independence on 15 August 1947, after which the process of preparing a constitution was started. The Constitution was passed on 26 November 1949 in the Constituent Assembly. It was adopted on 26 January 1950 with a democratic government system, when the country became a republic in true sense. 26 January was selected, because it was this day in 1930 when the Declaration of Indian Independence was passed.

To mark this occasion, a grand parade is held along Rajpath in New Delhi, the capital of India, beginning from Raisina Hill near the Rashtrapati Bhavan (Presidential Palace), along the Rajpath, past India Gate and on to the historic Red Fort in the old quarter of the city. Different infantry, cavalry and mechanized regiments compose the Indian Army, the Indian Navy and the Indian Air Force’s march in formation, who are decked in all their finery and official decorations. 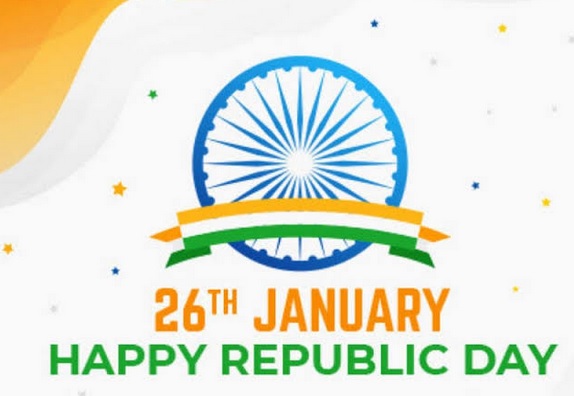 The President of India, who is also the Commander in Chief of the Indian Armed Forces, takes the salute. The Chief Guest of the parade is the Head of State or Head of Government of another nation. The parade also includes many traditional dance troupes, to symbolize the cultural heritage of India. It traditionally ends with a colourful flypast by Indian Air Force jets in a tiranga formation. Similar parades are held in the capitals of all the states of India, where the governors of respective states take the salute. The official conclusion of Republic Day festivities is much later on 29 January, three days after the Republic Day, which is called ‘Beating Retreat’.

Yup, its the 60 years since India became a Republic.  Have we gone the right way or wrong?  Well, there is still time for such discussion.

Meanwhile, best wishes of the day.