The U.S. public equity market has evolved dramatically over the past 40 years. This is important because the U.S. equity market is 53 percent of the global stock market as of December 31, 2016. The main feature of this change is a sharp fall in the number of listed equities since 1996, which was preceded by a steady rise in listings in the prior two decades. 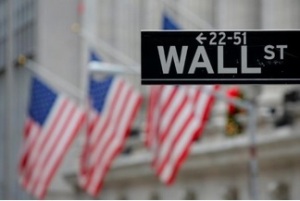 As a result of this drop, there are fewer listed companies today than there were in 1976, despite the fact that the gross domestic product (GDP) is three times larger now than it was then. The Wilshire 5000 Total Market Index, established in the mid-1970s to capture the 5,000 or so stocks with readily available price data, now has only 3,816 stocks. The phenomenon is unique to the U.S. and is not easy to explain.

Economists commonly use the number of listed companies as a measure of financial development and have established  a  positive  link  between  development  and  economic  growth. For  example,  there  was  a  strong appetite to go public in the U.S. following World War II as companies needed capital to finance their “mass production and mass distribution.” There were about 1,000 listed companies in 1956 and nearly 5 times as many a couple of decades later. Over those 20 years, GDP grew at a healthy 3.6 percent compound annual growth rate (CAGR), adjusted for inflation.

In  the  past,  economists  considered frequent initial  public  offerings  (IPOs)  to  be  a strength of  the  U.S.  and believed that they played an important role in encouraging entrepreneurship. But the weak listings in the U.S and the strong listings around the world have created what is now a large gap. This is important because it changes the nature of an investor’s opportunity  set.  In  1976,  an  institutional investor who wanted exposure to U.S. equities had only to buy a diversified portfolio of public companies and a venture capital (VC) fund. In 2016, that investor would have to have access to a diversified portfolio of public companies, a private equity fund, and opportunities in late-stage as well as early-stage venture capital.

Individual  investors  today  have  a  limited  ability  to  access  directly  the  complete  U.S.  equity  market.  The companies that are listed on exchanges are bigger, older, and in more concentrated sectors than two decades ago. This likely contributes to public markets that are more informationally efficient than ever before. The change in the number of listed companies is a matter of simple addition and subtraction. Stocks that are newly listed expand the population and stocks that are delisted shrink it. Additions occur when there is an IPO or  a  spin-off.  Subtractions  are  the  result  of  mergers  and  acquisitions  (M&A),  bankruptcy,  and voluntary delisting.  M&A  includes  strategic  deals,  where  one  company  buys  another,  and  financial  deals,  where  a leveraged-buyout or private equity fund acquires a company.