From their earliest days, the loosely confederated research efforts that came to be known as behavioral economics spawned a large quantity of studies centered on securities investment. This was not because the field’s pioneers were especially interested in stocks and bonds, nor was the early research commonly underwritten by financial services firms. 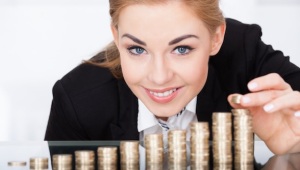 Rather, the hive of activity that evolved into its own field — behavioral finance — reflected that investment markets provide unusually robust data sets for analyzing “judgment under uncertainty” (the title of a seminal textbook co-edited by the winner of a Nobel in economic science, the behavioral economist Daniel Kahneman) and “decision under risk” (a phrase in the subtitle of his Nobel-winning “Prospect Theory”). Every day, global securities markets provide researchers with billions of data points for understanding how people make choices when resources are at stake and the outcome is unknown.

Which, if you think about it, is a fair description of most decisions. Indeed, the majority of cognitive biases and shortcuts that influence everyday judgment and choice have analogues in investment behavior. Consider the “sunk cost fallacy,” a primary reason an unhappy lawyer might struggle to leave the law and an unsuccessful investor might balk at selling money-losing shares.

Both people are highly likely to obsess over their sunk cost — law school tuition and time served for the lawyer, the original investment amount for the stock picker — in a nonconscious desire to justify their earlier decisions. Both are also very likely to fall prey to “loss aversion,” a key tenet of Prospect Theory, which tells us that humans typically respond to the loss of resources — be it time, effort, emotion, material goods or their proxy, i.e., money — more strongly than they react to a similar gain.

What differentiates the typical lawyer and average investor, however, is their justification for engaging in their activity. Lawyers are trained to do what they do, while the majority of investors are not. Ask a random player in a law firm’s basketball league whether he or she could compete with LeBron James, and the most common response will be laughter. Yet many of those lawyers would willingly compete with the billionaire investor Warren E. Buffett.

Read rest of the article here