Do all financial advisers turn their clients into better investors, or do some make their clients’ behavior even worse? My latest column looks at this question. There isn’t any doubt that many financial advisers keep their clients from getting too greedy as markets go up, while also inspiring them with hope during dark times — helping investors stay the course through good times and bad. But ultimately this question boils down to whether you believe that there is such a thing as “smart money” and “dumb money.” 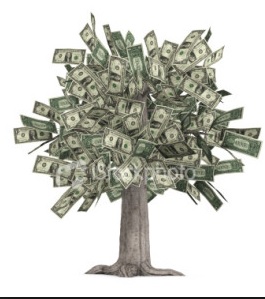 For decades (centuries?), Wall Street has mocked individual investors for buying and selling the wrong things at the wrong times. And there is plenty of truth to that criticism. Individual investors do chase performance, buying more and more of whatever is hot until they get burned, then selling once it gets cold (or as soon as it gets them back to “breakeven”). That’s what they did with bond funds and emerging-market funds in the early 1990s, Internet stocks in 1999 and 2000, and so on. But the great investing writer “Adam Smith” (George J.W. Goodman), who died in 2014, turned the mockery around, showing how absurd the idea of dumb money becomes when you take it to its logical extreme:

“In more polite circles, John Jerk and his brother are called ‘the little fellows’ or ‘the odd-lotters’ or ‘the small investors.’ I wish I knew Mr. Jerk and his brother. They live in some place called the Hinterlands, and everything they do is wrong. They buy when the smart people sell, they sell when the smart people buy, and they panic at exactly the wrong time. There are services that make a very good living out of charting the activity of Mr. J. and his poor brother. If I knew them I would give them room and board and consult them…. I would push the pheasant and champagne through the little hatch of his cell and ask Mr. J. what he was going to do that morning, and if he said, ‘buy,’ I would know to sell, and so on.”

The behavior gap — the difference between the performance of an investment and the returns of the investors who own it — has historically been cited by stockbrokers as evidence that investors do poorly without financial advice. Brokers are fond of citing reports from Dalbar, a Boston financial-services firm, contending that investors in U.S. stock funds have underperformed the funds they own by an astounding margin of nearly seven percentage points annually for the past three decades.

Read the rest of the interesting article here