Inflation is a fundamental economic principle, affecting everyone who participates in a modern economy.

So what exactly is inflation?

Well, the definition can vary a lot, depending on what you’re reading or where you get your information. Here is one we like. Inflation is an artificial increase in the money supply that leads to higher prices for goods and services. The “higher prices” part is probably no surprise. What people often miss is that the higher prices are just a symptom of an underlying problem. To understand inflation, we need to look at what causes it. 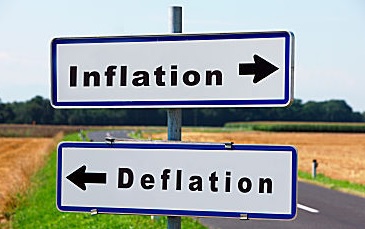 Inflation and the Money Supply

What is money? At the simplest level, money is an economy’s most liquid asset, which serves as a medium of exchange. If we didn’t have money, we would have to barter for whatever we want. For example, if you were a cattle rancher who wants eggs, you would have to exchange steaks with someone who has egg-laying chickens to get eggs in return. Likewise, when the chicken farmer wants a bottle of wine, he would have to look for a vineyard owner who likes scrambled eggs. Everything works much better when we have some commonly recognized medium of exchange. We call that item, money. Most civilizations settled on precious metals as money.

Unfortunately, societies also figured out ways to manipulate the money supply. That’s where we get inflation.

Somewhere along the way, someone hit upon the idea of coining money. Instead of taking gold to the neighborhood bazaar—and possibly losing it or being robbed—savvy shoppers could deposit their gold with someone who would keep it safe. This individual would give out a receipt that other people would recognize and accept as “good as gold.”

Kings and bankers realized they could issue receipts representing more than the total amount of gold people had deposited. It was a great ruse because the chance that everyone would simultaneously demand their gold was very low. Because more coins and bills were circulated, people mistakenly thought they had more money than they really did, so they spent more freely. The amount of gold in the national vault hadn’t changed, though, so each coin or bill lost a little bit of its value. This is inflation. Prices may look higher, but what really happened is that money lost part of its value. Consequently, additional cash is needed to buy the same amount of product. The “real” price didn’t change. What changed was the price of money. Modern governments and bankers have refined inflation into an art. They manipulate the money supply electronically, and often secretly. They’ve convinced themselves—and most of us—that a little inflation is actually good.

It’s true that inflation’s initial effect can look benign and even helpful… but looks can be deceiving.