Strong powers can underplay their hands and afford to make mistakes. Weak powers, on the other hand, need to exaggerate their power and be far more precise in its use. Power is like money; the less you have, the more you need to flaunt it and the fewer mistakes you can afford to make. But by trying to convince others that they have more power than they actually do, they run the risk of squandering a scarce resource. It’s nearly impossible to both flaunt power and preserve it at the same time. 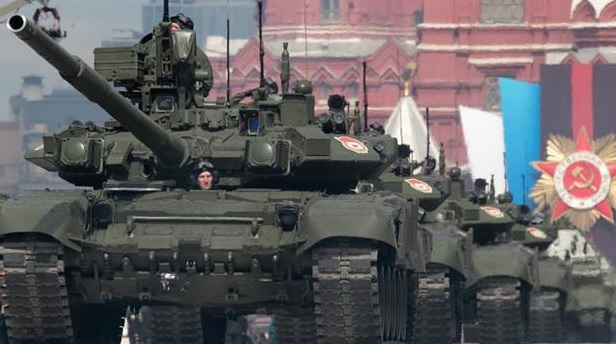 This is the core strategic problem of Russia. On the one hand, it is still trying to find its way more than 25 years after the collapse of the Soviet Union, an event President Vladimir Putin has referred to as “the greatest political catastrophe” of the 20th century. In the lives of nations, a quarter of a century is not very long, and the reverberations of the catastrophe are still being felt. On the other hand, Russia lives in a complex and dangerous region, and appearing weak can be the biggest threat to its well-being. Therefore, like a wealthy person coming into hard times, Russia must simultaneously try to appear more powerful than it is and meticulously manage what power it has.

Since the fall of the Soviet Union, Russia has faced two fundamental problems. The first is geographic. The second, which we’ll return to later, is economic.

Russia’s main geographic problem is that it needs to maintain a buffer zone to its west to stem the risk of attack from the European Peninsula. Russia has been invaded three times, once by France and twice by Germany. In each case, it survived because of strategic depth. The Baltics, Belarus and Ukraine created the buffer zone that gave Russia room to retreat and exhaust the enemy. Although the weather also played a role, distance was the main challenge for attacking armies. Even in World War I, Germany was unable to sustain the gains it won. In the Napoleonic Wars and World War II, the enemy was ground down and defeated.

After World War II, Russia’s buffer zone expanded dramatically. A second tier of nations to the West – Poland, Czechoslovakia, Hungary and Romania – came under Soviet dominion. Soviet power pushed into central Germany. For the first time in its history, it had strategic depth such that an attack from the European Peninsula was unthinkable.

But maintaining the force that was needed to hold this deep buffer exceeded Soviet resources. The drop in oil prices, the inherent inefficiency in the economy, and the cost of defending what it had won in World War II had become unsustainable, and the Soviet Union collapsed. It first lost the deep buffer of Eastern Europe, and two years later, it lost the critical elements of its core buffer, the Baltics and Ukraine.

An argument can be made that given the situation on the European Peninsula, the threat to Russia has evaporated. But nothing in Russia’s history permits such complacency. In 1932, Germany was a weak and divided liberal democracy. Six years later, it was the most powerful military force in Europe. Russia understands the speed with which European (and American) intentions and capabilities can change. It must therefore continue to pursue strategic depth.