Domino’s Pizza will offer more cheese and toppings and a softer crust at no added costs. It’s partly due to a lower Goods and Services Tax, Pratik Pota, chief executive officer at Jubilant Foodworks Ltd., the owner of the pizza chain’s franchise in India, told BloombergQuint in an interview. Total levies on quick service restaurants like Domino’s have come down to 18 percent from over 20 percent earlier. There’s more to it. Pota is focussing on the performance of each store, has scaled down expansion and cut discounts to boost profits at India’s largest pizza chain. He’s also shutting down non-performing stores and reducing headcount. The effort is to improve quality and profits, said Aditya Joshi, research analyst at Anand Rathi Shares and Stock Broking. The new CEO replaced the buy-one-get-one free offer with everyday value to focus on profitability and a shorter break-even period, he said. 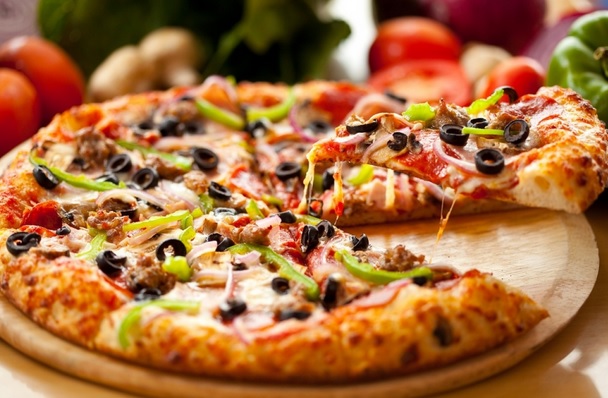 Jubilant Foodworks opened 13 new Domino’s outlets and one Dunkin’ Donuts store in the three months ended June. It closed five pizza and nine Dunkin’ Donuts outlets during the quarter. The company will add 40-50 new stores in the ongoing financial year, less than half of what it opened in the previous year. Jubilant Foodworks had 1,125 pizza stores across 264 cities and 55 Dunkin’ Donuts outlets in 15 cities as of June 30, according to its filing to exchanges. “Pota is expected to drive higher SSG (same-store-sales growth) through value offering strategy and closure of non-profitable stores,” brokerage Edelweiss Securities Ltd. said in a report after the company announced its April-June results. The number of employees per store too has come down. A Domino’s outlet had 21 staffers in the quarter ended June, down from 22 in the previous three months and 23 in the year-ago period, the company said in a conference call with analysts.

There is a possibility that the number will go down further and the company is exploring ways to use technology extensively, said Pota, who took over in April. He has worked at India’s largest consumer goods maker Hindustan Unilever Ltd. and beverage giant PepsiCo. We remain open to ways which will help drive efficiencies, improve productivity and towards that, we use technology extensively in our stores and techniques like six sigma to improve and reduce the headcount. Pratik Pota, Chief Executive Officer, Jubilant Foodworks

The chain commands 72 percent share in the organised pizza market, Edelweiss said in its report quoting Euromonitor International.  Jubilant Foodworks told analysts it targets to cut the losses at its Dunkin’ Donuts franchise by half in the ongoing financial year and turn them profitable over the next two years. “As of now, we are not contemplating to close the brand,” Hari Bhartia, co-chairman and director at Jubilant Foodworks, said in the conference call. “We are hopeful with all the good initiatives that have been done. We are starting to see very good results.”