There is a mandatory question that is oft asked at wealth seminars: “Which is the best Investment you have ever made?” I usually make it a point to invert that question and state that the worst ‘investments’ I have made are the funds I parked in realty, years ago, when I had no grey hair on my head. I have come to conclude that till such time as REIT has become a widespread reality in the Indian market space, realty as an ‘investment’ asset class must rank as the most opaque and overrated, as compared to other asset classes that have an established regulator and benchmarks to evaluate performances over different time frames. Most back-of-the-envelope calculations my team and I have conducted show that realty returns are more often than not marginally negative or at best low single-digit of positive, even in the event of some capital appreciation. This is especially so, if the purchase was leveraged and the time value of money and inflation are factored in. ? 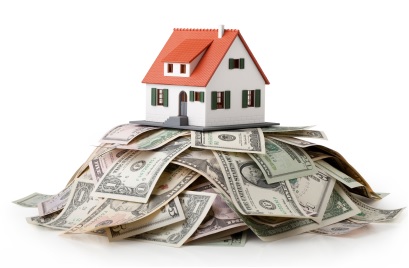 Most people do not factor in their property maintenance and upkeep costs, besides unwanted headaches like litigation costs over disputed or flawed titles, non-occupancy periods in case of rented flats, steep transaction costs with everyone else involved including the builder, the broker, the lawyer and the State that levies a hefty stamp duty, extracting their pound of flesh. Mind you, we are not even talking yet of the banks and NBFCs that provide loans, which somehow never seem to diminish significantly no matter how long you have been paying the proverbial ‘EMI’. The last straw on the camel’s back comes when you actually have to pay a ‘penalty’ for pre-paying your outstanding loan amount, in part or full. As for selling the property, that is really the point when a reality check kicks in. The enormity of the blunder you committed usually hits you at that point when you realise that the price you assumed you would get, borders on fiction.

Of course, one can still argue that when the realty cycle is on an upswing, the capital appreciation is handsome. Perhaps so, but how often has that happened, and more importantly, likely to happen in the foreseeable future, given the huge unsold inventory across so many geographies and no shortage of further supply in the pipeline. Oh yes, there is huge psychological satisfaction that many derive from ‘owning’ a property. I have no arguments with that line of thinking. However, unless one can transplant that into becoming an investment objective, it remains just what it is — not an Investment, but an emotional high!My consistent advice over the last several years to the many that have sought my opinion is: don’t lock your capital and peace of mind in EMIs. Instead, lease (much cheaper) a place of your choice, enjoy a much better lifestyle, invest the surplus funds prudently in liquid assets and well, travel the world and educate yourself on how others in this world live and think.