South Korea is planning a road map to build a so-called hydrogen economy as part of a broader plan to increase the number of hydrogen-powered vehicles on its roads, the government said on Feb. 26. The Ministry of Science and ICT said a combined 100 officials from six ministries and other experts from the private sector will participate in the process of setting up a road map by the third quarter. In January, the government announced its ambitious plan to increase the number of hydrogen fuel cell electric vehicles in the country to 80,000 in less than four years.

The ministry said the long-term road map to develop the core technology for FCEVs will be divided into five hydrogen economy issues — production, storage, transportation, utilization and overall infrastructure of hydrogen. Korea is known to lack competitiveness in the production, storage and transport of the energy resource, officials said. In 2018, about 2,000 hydrogen fuel cell electric vehicles were in operation in Asia’s fourth-largest economy. South Korea  is home to Hyundai Motor, the world’s first mass-producer of FCEVs. 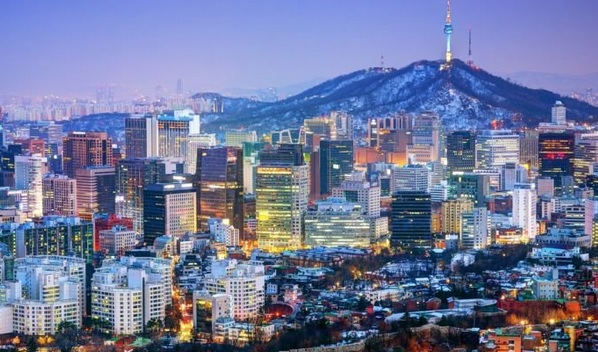 At a government-led event in the southeastern city of Ulsan in January 2019, Moon announced a road map which would see the country produce 6.2 million units of fuel cell electric vehicles and build 1,200 refuelling stations by 2040. The South Korea government will provide subsidies for fuel-cell electric taxis and trucks while working with local governments to increase the number of fuel-cell electric buses to 2,000 by 2022. It will also replace all 820 police buses with fuel cell electric buses in 2021. “Unlike carbon, which creates greenhouse gas and fine dust, H2 is a clean energy that produces only water as a by-product. Also, H2 cars have the effect of purifying fine dust when in operation.”

“H2 is an endless resource that can be found anywhere. Right now, extracting (energy) from fossil fuels is common, but generating renewable energy from solar, wind and bio energy sources will become more common in the future.” “South Korea an energy-poor country that relies on imports for 95% of its energy needs. Once we are able to supply a certain portion of energy through the H2 economy, we may more steadily develop our economy and enhance our energy security.” “The H2 economy will open doors to a new opportunity for us.”