For 30 years, jeweller John Calleija has been purchasing rare gems from Rio Tinto Group’s Argyle mine in remote Western Australia, home to 90 per cent of the world’s prized pink diamonds. On a recent rainy afternoon in New York’s Peninsula Hotel, Australia-based Mr Calleija studied some of the rarest pink and red stones through a magnifying glass as part of Rio Tinto’s annual pink diamonds tender, which held a total of 64 diamonds making up 56.28 carats. The intense quiet in the room was broken only by Mr Calleija’s occasional murmurs of approval at the gems’ cut and clarity. The stones themselves are always breathtaking, but this year’s tender also had a heightened sense of nostalgia. The Argyle mine is set to close at the end of next year, now that its supply of economically viable jewels has been exhausted. 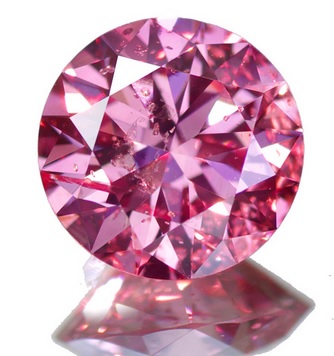 “Now it’s getting really close, it’s a matter of months,” Mr Calleija said. “We’ve seen a big increase in demand at the moment. It seems to be just within the beginning of this year — people are more and more getting it.”

Since it opened in 1983, the mine has produced more than 865 million carats of rough diamonds for both ends of the price spectrum. Now it’s down to the last 150 carats of polished pink diamonds. As the biggest diamond producer by volume, and with more than three-quarters of its output composed of lower-value brown diamonds, the Argyle mine is at the centre of a global oversupply of cheap diamonds, eroding profits for nearly everyone. De Beers trimmed its production plans earlier this year amid a flood of polished diamonds and stagnant consumer purchasing. RBC Capital Markets and Panmure Gordon have predicted the closure could kick-start prices that have waned since 2011. For pink diamonds the effect could be massive, says Larry West, owner of LJ West Diamonds in New York.

“These are the rarest diamonds in the world,” he says. “There is nothing like it, and the mine can never be duplicated.”

According to Rebecca Foerster, president for North America at Alrosa, the prices for pink diamonds have risen 300 per cent in the past decade.

“Since there are no other equitable sources of pink diamonds, we can expect that after the closure of Argyle mine over the next year, the market will face some shortage of pink diamonds supply,” she says.

Rio Tinto’s own data shows that the prices for their Argyle pink diamonds have risen 500 per cent since 2000, though it won’t reveal the specific amount bidders have paid at any of its tenders. But industry insiders know. Olya Linde, a partner at Bain & Company in Moscow who studies metals and mining, says pink diamonds go for about $1 million (Dh3.67m) to $3m a carat. It’s easier than ever to know the true value because, as Mr West says, “we’re in the information age, and people find out what is really rare and what isn’t”. Theories about the reason for the spike in prices vary, but Ms Linde thinks it has to do with a concerted marketing effort by Argyle to promote itself as the “gold mine”, if you will, of pink diamonds.

Jewellers prize the Argyle “name-brand” stones even more than similar-quality gems from mines in Russia or South Africa. Each Argyle pink diamond comes with a certificate of authenticity. Rio Tinto’s tenders are legendary as well, with stops in Perth, Singapore, London and New York before bids close. They’re shrouded in secrecy as interested buyers place a sealed bid, and the winner is notified at the tender deadline. There’s also the role of pop culture. Ben Affleck proposed to Jennifer Lopez in 2002 with a 6.10-carat fancy intense pink diamond from Harry Winston, setting off a trend in coloured diamonds. In general, says Sotheby’s jewellery specialist Quig Bruning, success begets more success in the diamond industry. “You have a couple of stones that sell for really big numbers who get a lot of attention,” he says.

The CTF Pink Star, an oval 59.60-carat mixed-cut Fancy Vivid Pink diamond mined by De Beers, set the world auction record for any diamond or jewel when it sold for $71.2m at Sotheby’s Hong Kong in April 2017. In 2018 the 18.96-carat Pink Legacy sold for $50m at Christie’s auction house, breaking the world record for price paid per carat for a pink diamond at auction. Ms Linde notes that future price increases will depend, as always, on demand, but there’s no reason to think the luxury industry would lose its appetite for the pink stones, either to wear in jewellery or as an investment piece. Rio Tinto will continue to tender its pink diamonds until the mine closes in 2020, says Alan Chirgwin, the company’s vice president for sales and marketing. But jewellers are already starting to look elsewhere. “The thing about Argyle is that it’s the only consistent source of pink diamond supply,” Mr Chirgwin says. “We see pink diamonds arise from time to time from other operations, but none produce in a consistent way like Argyle.”

There are lab-grown pink diamonds as well, but the synthetic ones cost about 50 per cent less in retail and about 80 per cent less in wholesale, Ms Linde says. As technology improves, it’s possible to artificially develop increasingly larger pink diamonds. But Mr West, the New York diamond dealer, says, “It’s not about what it looks like. It’s the rarity that gives it the value”.

The Argyle closing is expected to bring renewed attention to pink diamonds at auction as buyers snap up limited supply. “These are collectibles, and there is an investment value considered,” Mr West says. “Especially in Australia, they have pink diamonds in people’s portfolios for their retirement funds.”