A new facility, or bank, opened that will deliver low enriched uranium (LEU) to an International Atomic Energy Agency (IAEA) facility in Kazakhstan. “This is a historic achievement for the IAEA and the government of Kazakhstan, and I am grateful for the hard work and perseverance needed to make this Bank a reality,” Nuclear Threat Initiative (NTI) Co-Chair and CEO Ernest Moniz said. “I am sorry that Director General Amano is not here to see this key part of his legacy come to fruition.” The new LEU Bank will provide countries investing in nuclear power an assured supply of fuel to use for peaceful purposes without incurring the costs and risks of building their own facilities. The bank, funded in part with an investment of $50 million from Warren Buffett, is owned by the IAEA. 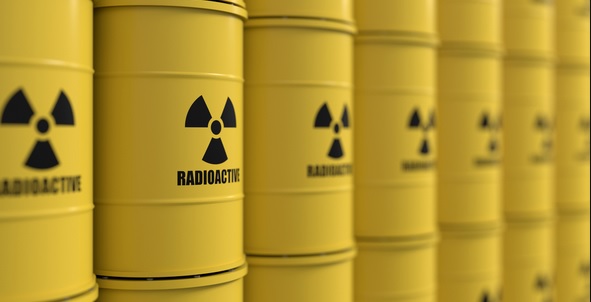 “The bank will play an important role in reducing nuclear dangers and serves as a vivid example of the benefits of international cooperation,” NTI Co-Chair Sam Nunn said. “We are thankful to Warren Buffett for his vision, generosity, and patience.” The same technology that produces fuel for a nuclear reactor can also produce the material for a nuclear bomb, so the risk of proliferation of nuclear weapons would grow significantly if every country pursued its own enrichment capabilities. The bank, which functions as a backup to the commercial market, got an additional $100 million in support from the more than two dozen countries in the European Union along with Kuwait, Norway, the United Arab Emirates, and the United States.