EY Japan, the Japanese branch of global accountancy firm Ernst & Young, has announced plans to launch a blockchain system for tracking Japanese sake and fruit and preventing the sale of fraudulent or counterfeit products. According to Asian Nikkei Review, EY Japan’s SAKE Blockchain will be rolled out across Asia once the threat of the coronavirus and a stable business environment has been reestablished in the region. The company is reportedly eying Hong Kong and Singapore as major markets that are also open to distributed ledger technologies. 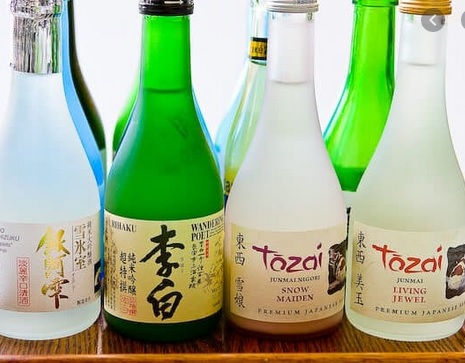 SAKE Blockchain’s announcement comes amid increasing exports for Japanese fruit and sake — with foreign demand for the alcoholic beverage growing 5.3% to $223 million in 2019, and Japanese fruit exports tripling over the past decade. The blockchain will be used to track and record detailed information across the supply chain for Japanese produce including information on the origin of production and delivery routes.

Information regarding sake’s ingredients and brewery will also be uploaded to the blockchain. EY Advisory & Consulting partner Hideaki Kajiura stated: “Being able to tell the story of the production and origin [of sake] will help to differentiate it from fake products.”

Consumers will be able to access the records by scanning a QR code printed on a bottle’s labeling and will include recommendations for food pairings. The data will be accessible in three languages — English, Chinese and Korean. Detailed temperature records will also be kept throughout the supply chain in order to ensure that produce is stored in an optimal environment both while shipping and while in the possession of overseas restaurants and bottle shops. The records will also be used by sake producers to gain insights into opportunities for efficiency savings in production and targeted marketing campaigns.

The initiative is not EY’s first foray into tracing alcohol using blockchain, with the firm providing its proprietary DLT platform to Blockchain Wine Pte. Ltd. from May last year — with EY’s blockchain tracking the authenticity, supply chain, and ingredients of European wines in five Asian markets from May last year. On March 19, EY launched its open-source smart contract and tokenization platform Baseline in partnership with Microsoft and ConsenSys.